Since 2015, four community members have been killed as they biked over the North Bridge between Azalea Drive in North Charleston and Poston Road in West Ashley. In addition to these fatalities, six people on bike or foot have been injured on the bridge since 2013. We did not have to lose Christopher Oliver, James Burgess, Tommy Dixon or Jae Bellamy — their deaths were entirely preventable through safe, connected and equitable infrastructure.

To that end, Charleston Moves is advocating for the overarching solutions identified in Charleston County’s 2008/2011 feasibility study, and the next step in that process is the public’s input on the County’s proposed route alignments for a separate bike/ped bridge.

As we pointed out to News 2, addressing this crossing does not only save lives, but it also makes our region more functional and enjoyable. A separate bridge for people to bicycle and walk will comfortably link people to grocery stores, to work, to appointments, to see family, to Lowcountry Rapid Transit, and to the green and blue spaces at Northbridge Park, Charlestowne Landing, The Bend, and the future Old Towne Creek County Park and greenspace at the former Baker Hospital site.

Last night’s information drop-in at Lowcountry Food Bank, hosted by Charleston County, was the first opportunity for the public to review the three proposed route alignments and cost estimates. The event was well-attended, with lots of folks asking questions and learning more about the project. You can check out The Post & Courier’s recap and alternatives summary HERE, including input from Dorchester Terrace president Oscar Wright, and ABC News 4’s coverage HERE, where a community member clearly states this project is a priority because “people’s lives are ending.”

The virtual public meeting also opened last night, so people can visit BetterNorthBridge.com (until February 11, 2022) to review the materials and submit comments. If you were unable to attend last night and you want to participate in-person, your next opportunity hosted by Charleston County is on January 12, 2022 at Westminster Presbyterian Church (check out Pastor Smoak’s wonderful letter to the editor HERE). It will be a drop-in format from 4-7 pm.

In addition, Charleston Moves is working to schedule some outdoor tabling events near neighborhoods on each side of the bridge, with particular focus on areas with low-or-no internet access.

Please take the time to submit your comments of support for this project. Charleston and North Charleston deserve safe, multi-modal access that is long past due. Our community cannot afford to lose more people, nor can we afford to sit on the sidelines and allow this amazing opportunity to pass us by.

If you would like to hear more about Tommy Dixon, one of the victims of the existing bridge, his friend Jill Conway gave a moving tribute yesterday about the one “you could always count on.” Watch HERE. 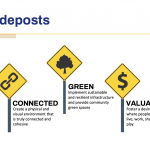 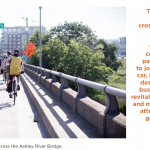